The first large scale conservation project by the Tompkins conservancy in Chile, Pumalin Park is the biggest donation of land in history, and also the largest piece of private property ever, at nearly 1 million acres! 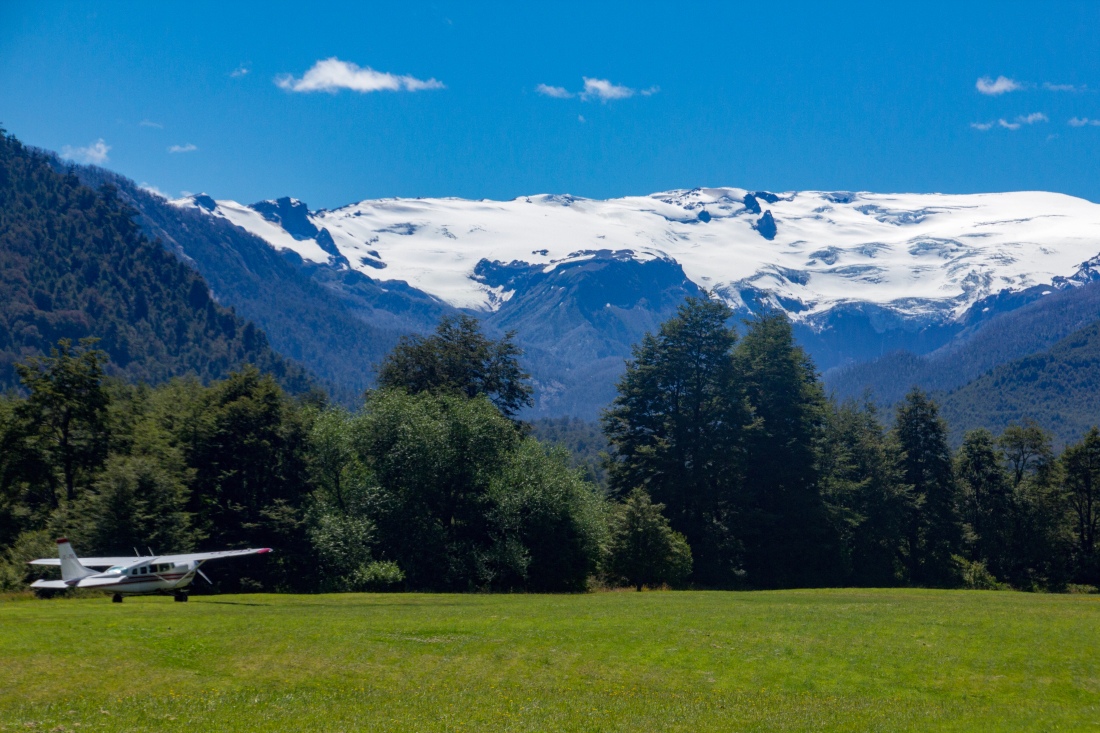 Volcan Minichuida with a plane in the foreground, most likely owned by the Tompkins

This park is truly a win for conservation. I see why Doug Tompkins thought to save this area, and wow am I happy he did. 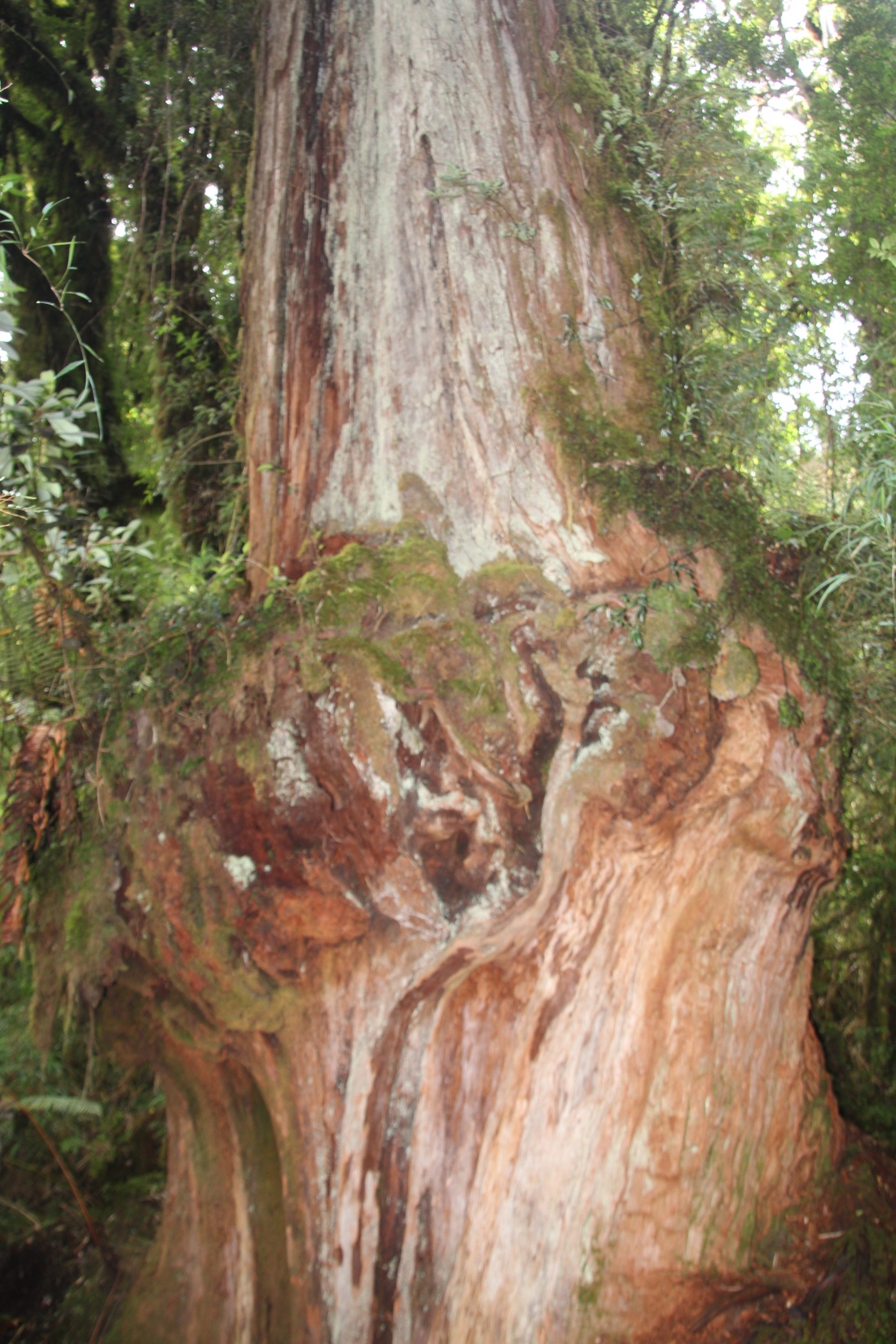 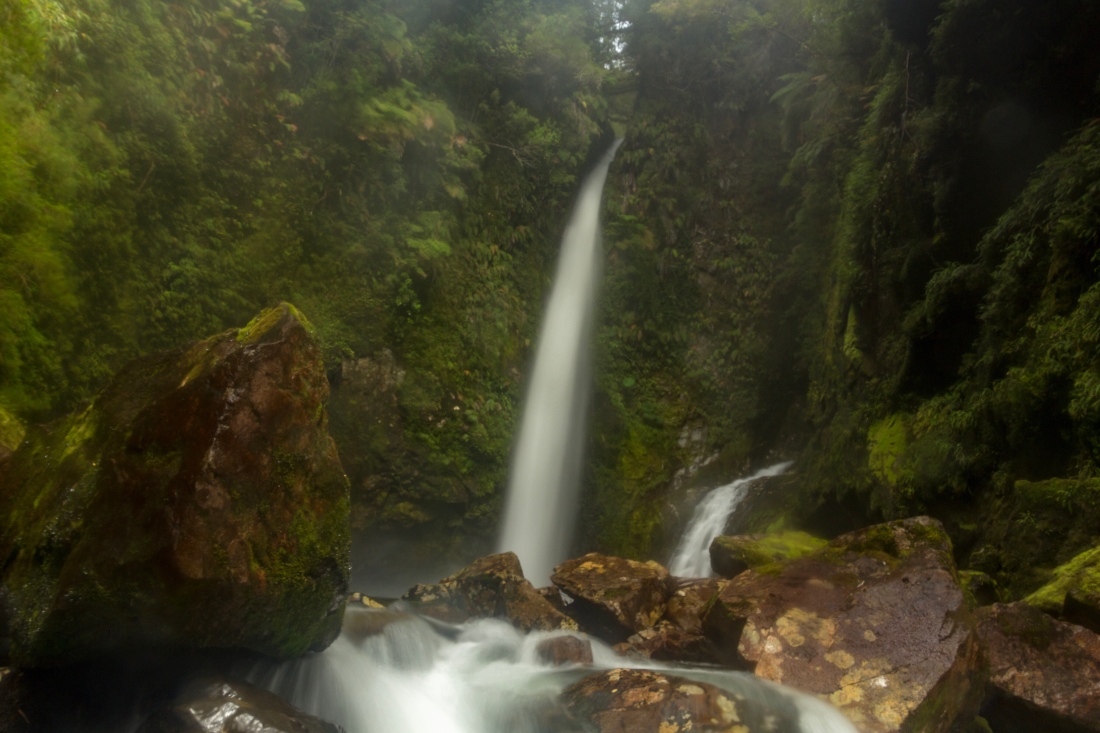 Chaitén, Chile is the nearest town. I wrote briefly about the town in my last post but I have some more info!

Other than Parque Pumalin, Chaitén is most famous for the eruption of Volcán Chaitén in 2008.

We took a great hike up to see the crater of Volcan Chaitén. The volcano is in Parque Pumalin 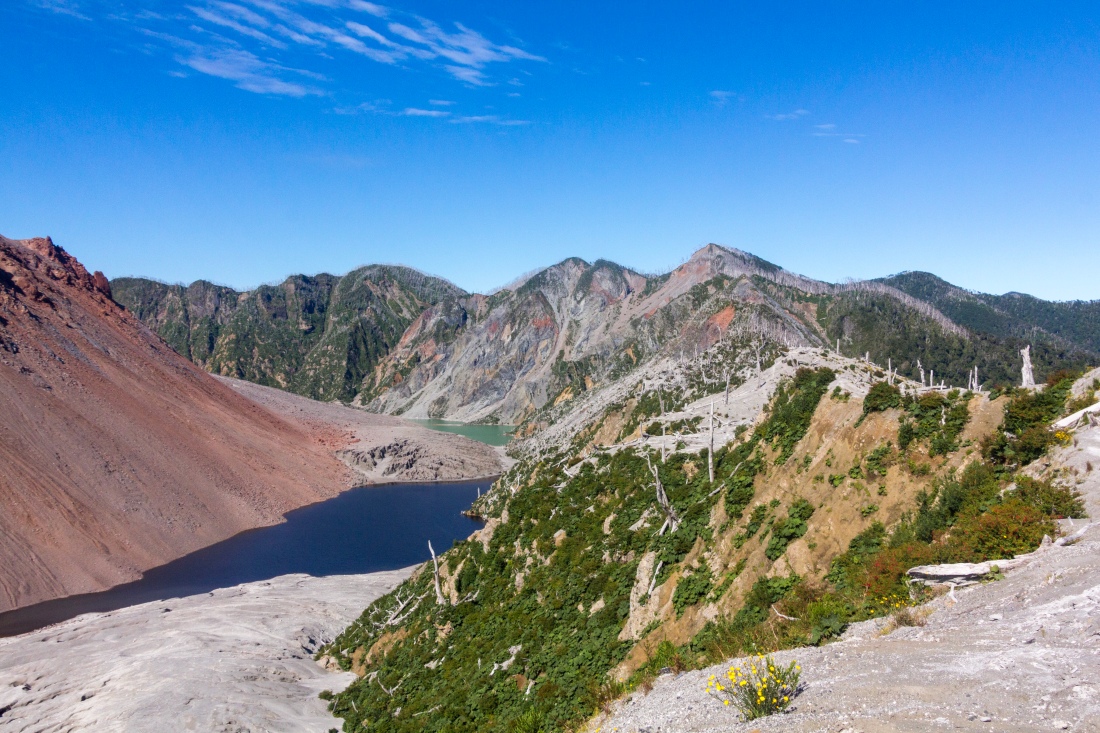 Right by the crater. You can see the damage to the trees

Here is a video of the eruption that wiped out the entire town. After the eruption, the government wanted to move the town 10km NW, and this debate became very political. I wouldn’t have thought this, but the resettlement of this small town was a topic of national debate in Chile for many months.

In the end, the town decided to rebuild in the same area. So it’s truly hard to believe that the current town of Chaitén is really only 10 years old.

On a much different topic, but sill on the topic of Chaitén, the movie 180 degrees South had much of the end of the movie filmed in Chaitén. This movie is incredible and I recommend everyone to watch it! (It’s on Netflix) 180 degrees South replicates the journey of the founders of Patagonia and North Face, as they explored Patagonia in the late 1960’s. I credit this film with inspiring me to go to Patagonia…

We fell in love with Chaitén pretty quickly. I think you can see why. 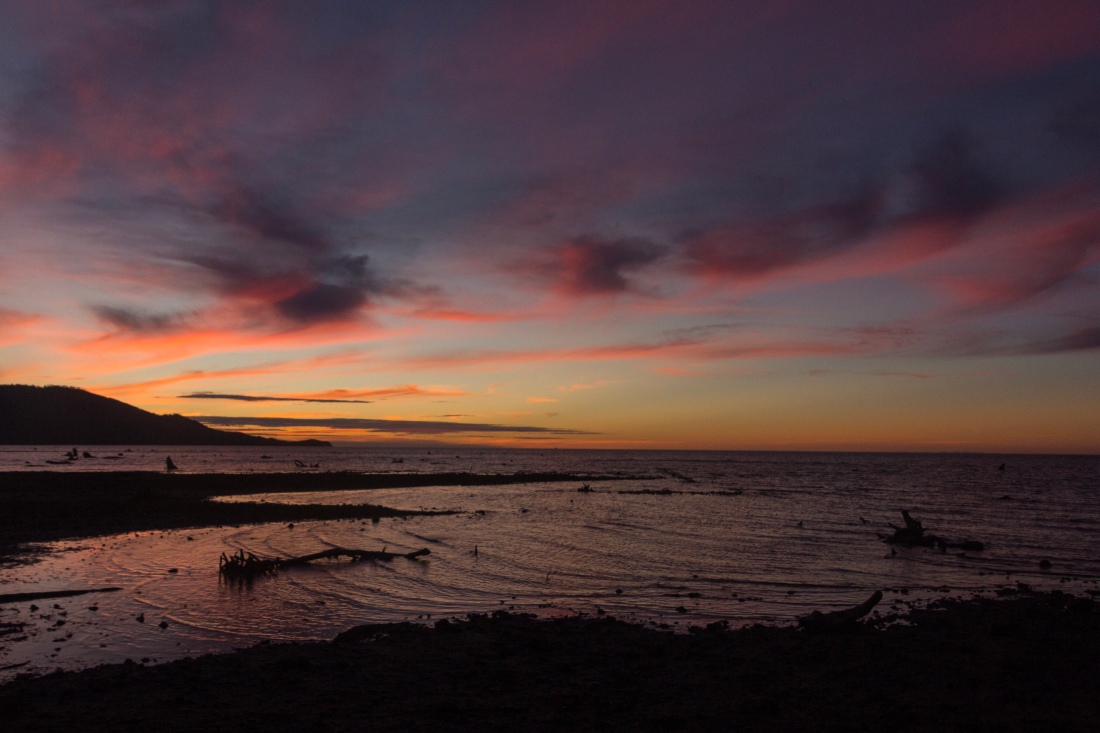 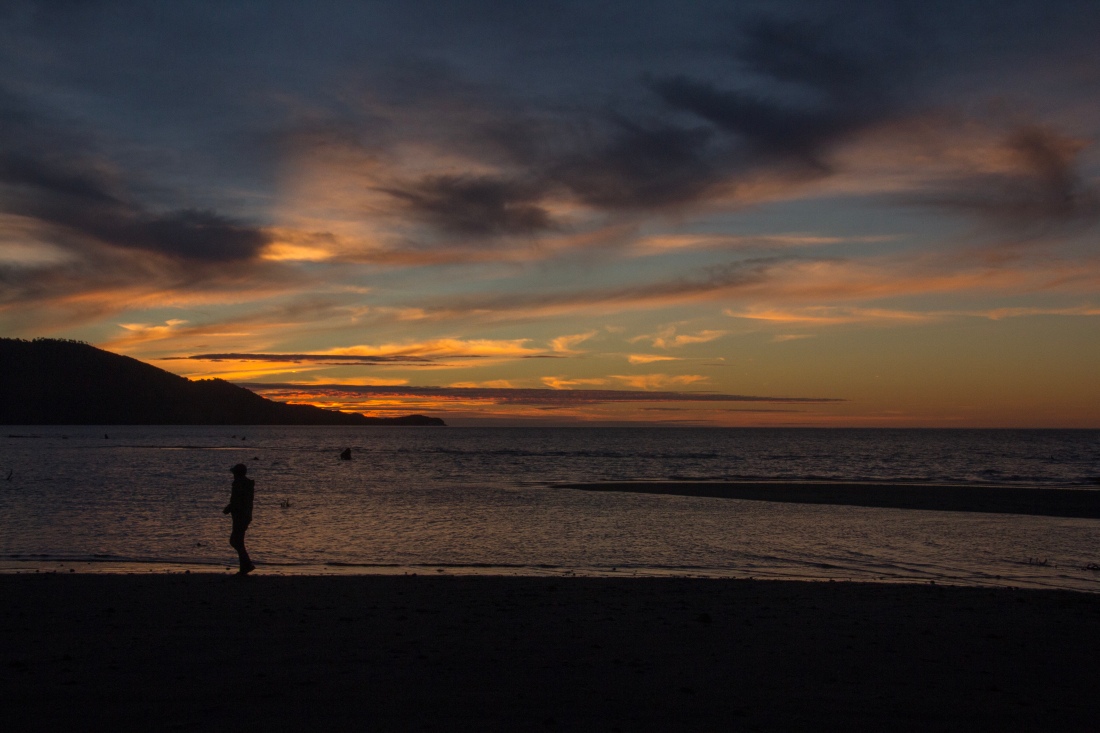 Look at that MANE

The best days. Fishing on Rio Yelcho, 30km south of the town of Chaitén.

Those are all 24 inch brown and rainbow trout…

An Israeli friend of ours caught this the other day. Ironically, we first met Aner in Ushuaia, over a month ago! We ended up being on the same bus and ferry to Chaitén. 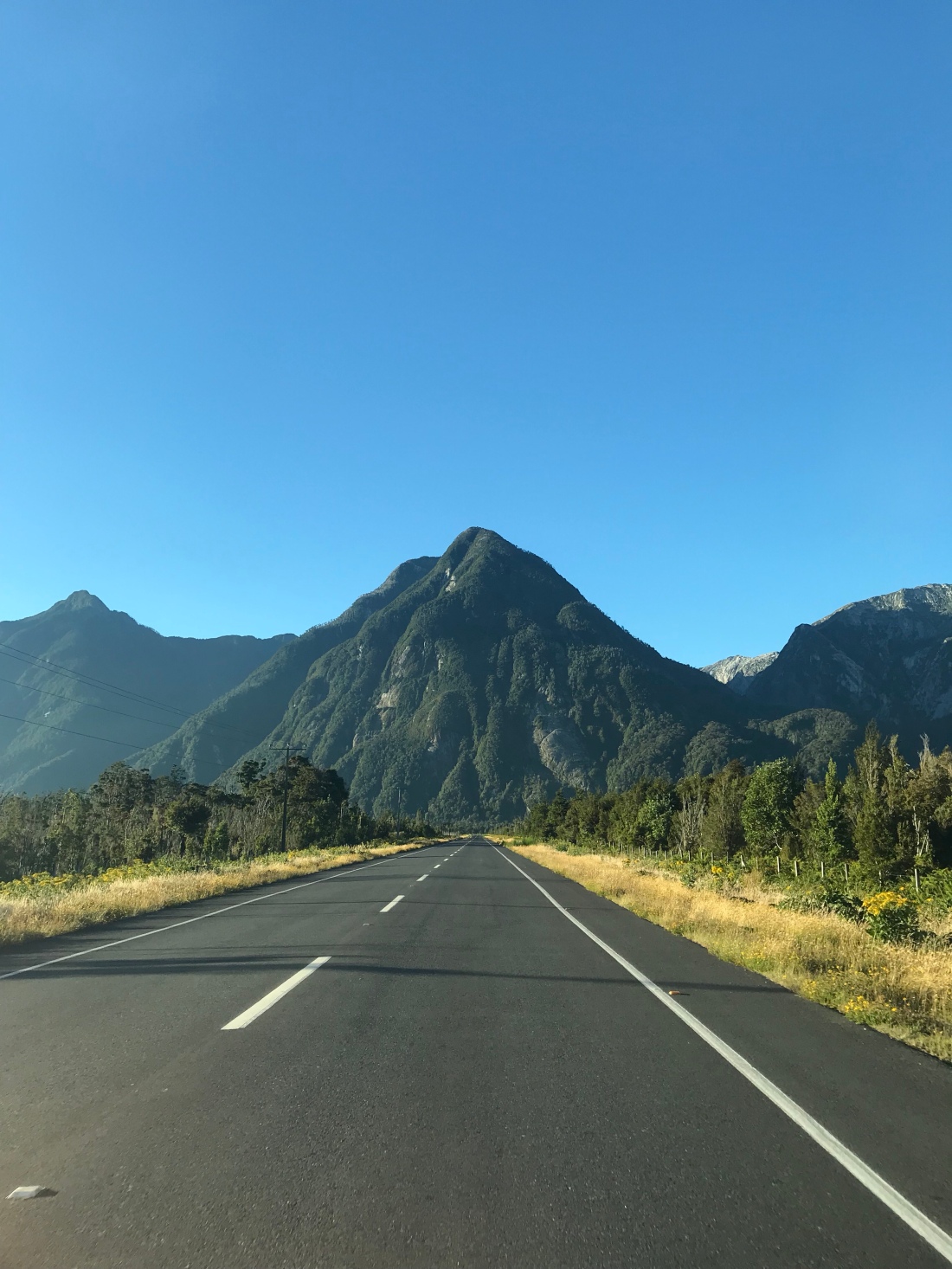 The Carretera, about 10km south of

On this trip I’ve had the pleasure of meeting some pretty amazing people. From professional climbers, to a guy who has been bikepacking for 4 years, this world is full of incredible people. In Chaitén, we had the chance to spend some time with a tour guide named Nicholas, whom, we’ll, was just kind of a legend.

Curly white hair with a short curly white beard, Nicholas is usually wearing a flannel shirt and almost always with his guitar.

Nicholas has been living in Chile for what we think to be over 25 years. Originally from North America, he has solo climbed Aconcagua, hitch hiked to Ushuaia, and worked conservation for over 20 years with the Tompkins foundation.

He runs a small tour company in the town of Chaitén. For $16 per person, he’ll drive you and guide you on a hike in Pumalin, or bring you to the Hot Springs down the road, or take you to the river to fish all day!

And when there is road work and we’re stuck in the car for 20 minutes, he just starts singing and playing his guitar.

He could be a character from a movie.

“Every day is another blank page, write it well!”

He told us all about the biology of the park, and why this area is so incredible. He told us about how the Tompkins did literally save the area from the logging companies. We talked the importance of conservation and how amazing it was that the area was thriving naturally. There was just something about him, they way he talked so simply about his amazing life, and how we would just tell us how blessed he was to be here everyday he wakes up.

I had a chance to talk to Nicolas about the global green movement. We talked about the current state of politics in the United States and how it’s put a damper on environmental legislation. I assured him that my generation gives our planet a promising future.

Seeing all these beautiful lands and the work that the Tompkins have done makes me want to be involved even more in curbing climate change, and also being part of the conservation movement.

And I mean all of that. I guarantee that myself, Peter, and Emil will make a difference in saving this planet.

On Thursday, we all took the 9 hour ferry to Puerto Montt, the capitol of the Lakes District.

Puerto Montt is the end of the Carretera Austral.

Another day, another gear schlep. 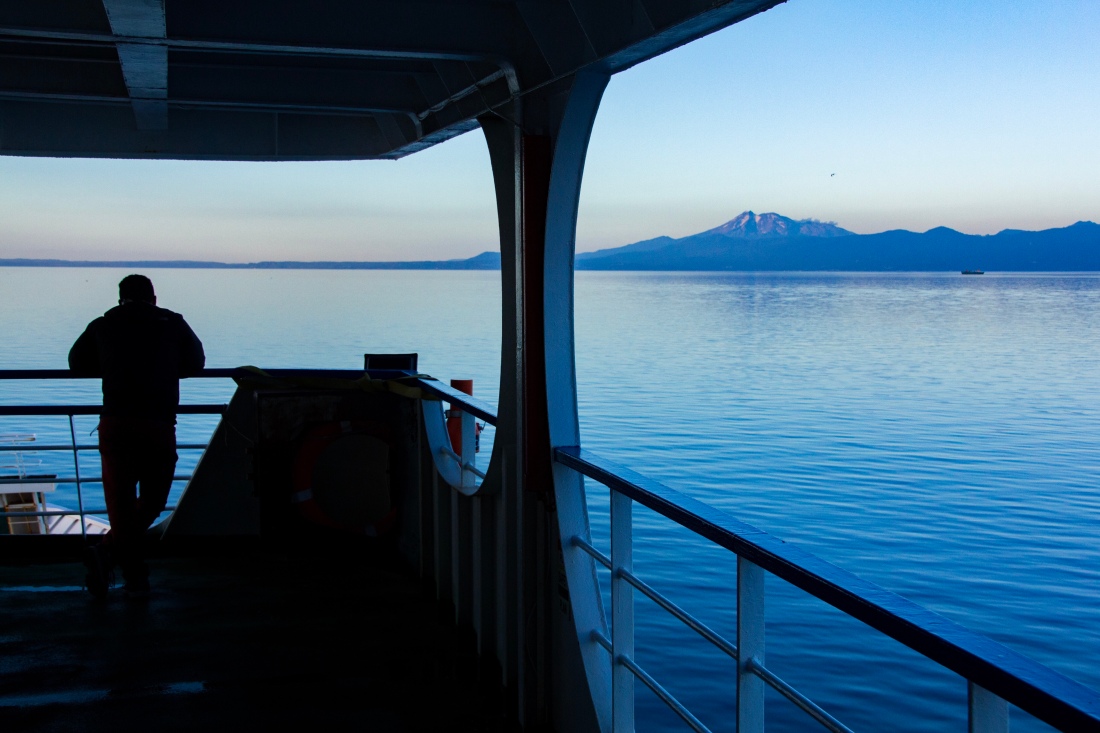 We’re now in the lake town of Puerto Varas, about 20 minutes north of Puerto Montt. It’s a beautiful town with lots of German influence, heavily visible in the architecture. Puerto Varas has a Patagonia clothing store, one of two in Patagonia (the other was one we visited in Coyhaique)

And the rule is, if the town has a Patagonia store, well than it’s pretty much already awesome. It just so happens that this Tuesday is a “worn wear event.” This is an event put on by Patagonia where they offer to repair used gear for free, and the opportunity to turn in and exchange used Patagonia gear! It may sound funny, but we’ve been fan girling about the event all afternoon.

Puerto Varas has an incredible view on Lago Llanquihue. From the lake front you can see Volcan Calbuco on the right, Monte Tronador in the center, and Volcan Osorno on the left. Pretty spectacular!

Osorno on the left, Tronador in the middle, and Volcan Calbuco on the right