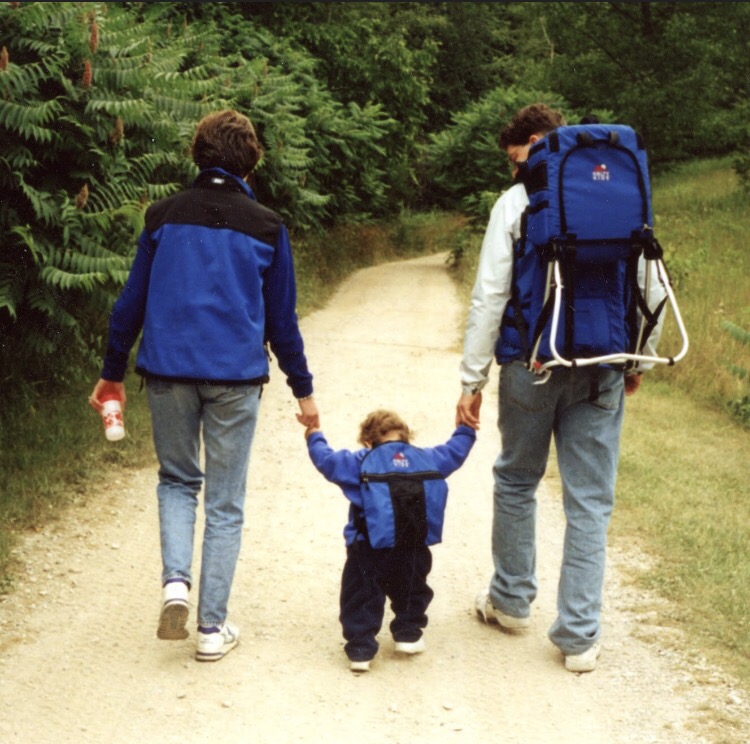 You don’t just wake up one morning and decide you’re going to climb a 22,000 foot mountain.

My spirit for adventure has grown tremendously since I went on my first hikes with my parents. I cite a few very important influences along the way, influences that make me want to pursue seemingly crazy adventures.

When I was in kindergarten (at least I think this was then) my mother, my sister, and I went to the “Everest” exhibit at Nat Geo in downtown D.C. I have this vivid memories of being completely blown away by the incredible images of Sir Edmund Hilary and Tenzig Norway making their first ascent of Everest. I remember seeing a replica of the ladders they would use to cross crevasses. This captivated me, and it set my imaginiation running…

I even remember climbing on the fountain statue after the exhibit, pretending I was a climber, before being yelled at by a security guard. This was the first time, and certainty not the last, that the spirit for adventure captivated my imagination…

In elementary school and middle school it was sure evident that I loved to be outside, but the true adventurer in me developed early in high school.

Two pieces of literature that I read early in highschool influenced me for the better.

The first was Into the Wild by Jon Krakauer. Into the Wild tells the true story of a Emory college graduate who grew up in suburban Virginia, and his tale of going to live off the land in Alaska. His name was Chris McCandlees and he has created loads of controversy in the outdoor community. It is evident that Chris wasn’t completely prepared for the harsh Alaskan climate as he brought very little with him. His illpreparedness let to his eventual death. I understood early that this wasn’t the perfect story, he was stubborn and was not prepared, but beyond that I felt a connection to this story. Chris, like me had grown up in a community of highacheivers. He was to follow the societal quota of graduating highschool, going to college, going to graduate school, getting a white collar job, and to finally settle down in a house with a white picket fence. Chris didn’t like that quota, and I was starting to question if I liked it myself. It was after I read this book that I decided I wanted to go to Alaska. Chris’s description along with other literature I had read, and media I had seen, made me want to go, in order to experience true adventure in the last frontier.

And then I went to Alaska. And it was incredible. It was exactly what I had hoped it to be, and even more. I could go on all day about how amazing it was. But the simple explanation is that, in Alaska I didn’t have any distractions, and my imagination exploded in ways I couldn’t explain. The idea of being out in the wilderness for extended periods of time captivated me like never before. That trip inspired me to write what I like to call a personal manifesto. This essay describes our distractions and life, and why it is so important to take a step back occasionally, and try and view life in a different perspective. I wrote this document in the summer of 2015 and then again edited in the spring of 2016 You can find that document here.

The second piece of literature that has influenced me tremendously is a book called Annapurna by Maurice Herzog. This book is the story of how Herzog climbed a 8000 meter peak, the first person in history to do so. Again this book has not gone without its controversies, many people suggest someone else in Herzog’s party was in fact the first to summit Annapurna and that Herzog had also treated members of his climbing party very poorly.

The book itself is a great piece of literature, one line from the book stood out to me like no other quote ever has. The last line of the book is as follows.

“There are other Annapurnas in the lives of men”

Everyone has challenges in life. Some people choose, other they do not. The metaphor of climbing a mountain to that of a grand challenge spoke to me like no other.

There is no greater feeling than that of conquering a challenge.